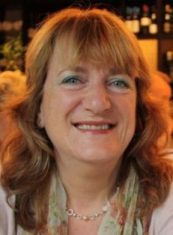 
I became interested in homeopathy after I'd had a complaint that kept on returning despite allopathic medication and someone I was working with at the time suggested a remedy based on my personality. I went to Boots, bought the remedy and within one week had a 99% improvement. I was impressed and started reading up about homeopathy.

After 20+ years in teaching I was looking for a change so decided to start a 4 year part-time training course at North West College of Homeopathy. Despite already possessing an M.Sc. I found the course at least as, if not more, challenging. I remember when I first started having to have a dictionary permanently at my side while reading the set texts as it was a whole new language.

Being a Science teacher did give me a head start when it came to the anatomy classes but in general I was as novice as everyone else. After 4 years, in 1999 I qualified as a Licensed Practitioner. I went on to become a Member of the North West College of Homeopathy after completing a post graduate course. By then I had resigned from full time teaching and after spending a year teaching part-time, resigned from that as well. In 2001 I qualified as RSHom with The Society of Homeopaths. Since then I have completed a 2 year post-grad course with Dr Ramakrishnan and another with Dr S Banerjea. In January '07 I attended an intense Clinical Training course in Chennai, India with Dr Ramakrishnan. I attended a 5 day Seminar with Louis Klein in July 09 and went to Dublin in November 09 to get updated information on the new Lanthanide group of remedies. Amongst the recent CPD sessions I attended have been Louis Klein in Tel Aviv in March '10 and Dr Ramakrishnan, Janet Snowden, Jan Scholten, Ton Janson (Homeopathic Detox Therapy) and many more up to the present time. It is a requirement of the Society of Homeopaths that I keep up CPD.

I am an online Instructor at British Institute of Homeopathy now based in the USA and at the moment have a cohort of 7 students. I am regional tutor for local homeopathic college and Homeopathic students may also sit in on some of my clinics by arrangement.

I also ran an 8 week homeopathic course called "Practical Homeopathy For The Family" at KGV College, Southport until funding problems caused the Adult Ed. Centre to close in 2009.

Emotional Freedom Technique -
I initially trained as an EFT practitioner in 2001 and was amazed during my training that I lost my spider phobia and from then onwards was able to swim out of my depth!!! Since then I have attended many seminars to update myself in new EFT techniques which were being used and trained as a Level 3 - Advanced practitioner.I have taught EFT to teachers at INSET days and to employees at big companies as well as workshops for up to 12 people at KGV college.
There is always something new and better coming out from the EFT stable and the latest is Matrix Reimprinting which I trained as a practitioner in 2009 and everyone I have used it with has found it a great help in alleviating their blocks.

If I can help you with anything else please contact me here.